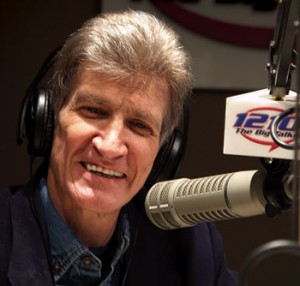 For as long as I can remember, my father has listened to talk radio to fall asleep. As a boy, I tried to emulate this mannerism upon receiving my first clock radio. There was a certain charm to being lulled to sleep by people chatting non-sensically about politics, current events, and other issues of which I had no vested interest. But on Sunday nights, sleep would not come so easily. That was the night I actually listened to the radio; that was the night that Steve Friedman took the airwaves in Philadelphia.

Also known as Mr. Movie, Friedman, who passed away earlier this week, was a radio host with an encyclopedic knowledge of cinema. Part film critic, part historian, he was a man who very simply loved movies. Back in the days before IMDb, the forgetful viewer had a choice of unwieldy tomes such as Halliwells or Moviehound to keep one’s facts straight. For the unanswerable, or what I would now call the un-googleable, there was Mr. Movie. “It was the movie where there was a murder in it…”; “Who was that actor? He always played a bad guy, except this one time…”; “I think the director was  from Europe…” He always had an answer and a story to share with his eager listenership.

What is so baffling to a critic of my generation about Mr. Movie is that he managed to retain an incredible amount of information before the advent of home video. The bulk of the movies he would discuss, Hollywood classics, are films he would have seen in the theater, maybe only a handful of times. He was a film buff who never grew up. Up to his dying day (he passed away a few hours after a broadcast), Mr. Movie never lost that childish love of movies.

One memory that sticks out for me was listening to how fondly he spoke of the 1985 film Explorers. On it’s face, Explorers is a children’s film. Three friends build a spaceship out of an abandoned tilt-a-whirl car after they all experience the same dreams. Upon reaching the mothership that sent them the plans for the spacecraft, they find that their extraterrestrial pen pals are actually just kids, who are in trouble for making such a long distance call. Given that his favorite film, according to Philly.com’s obituary, was Forbidden Planet, it is no wonder that he would lean so favorably towards a sci-fi flick for youngsters.

To the mind of someone like Mr. Movie, there is no distinction between a good arthouse movie and a good blockbuster. A good movie is a good movie. As viewers and critics, we can only strive to be as democratic in our approach as the man they called Mr. Movie. He will be missed.