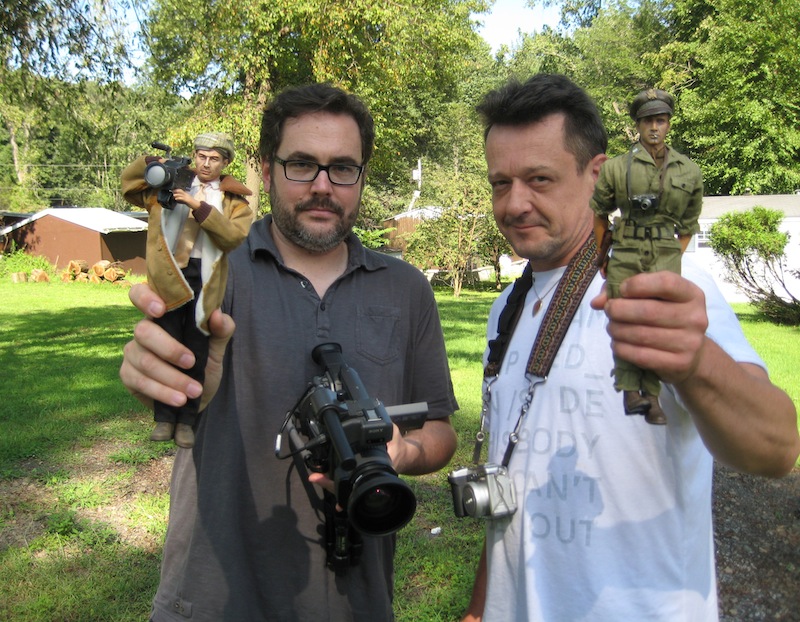 If you haven’t heard of the film Marwencol yet, it’s time to perk up. You can read my review from this year’s SXSW to become fully acclimated. The documentary, which follows Mark Hogancamp and his 1/6th scale Belgian village whose name is the same as the film, has been winding its way through the festival circuit all year and is finally ready for its theatrical debut. It opens today in New York City, and with it came director Jeff Malmberg.

Marwencol marks Jeff’s directorial debut. He was worked as an editor for a number of years, but it wasn’t until he started cutting documentaries that he found his true calling. He took some time out of his schedule to sit and chat with me about the film and his burgeoning career. More than anything, it seems, Jeff loves to talk about Mark, the star of his film. Don’t take my work for it though. Click on through and listen to Jeff’s story. He talks about how he came to make this film, the state of documentary today, and why he chose a narrative structure for Marwencol that some others may have shied away from.

For more information about Marwencol and release dates, please visit the official site.