There’s just something about the new year that gets me a bit twitchy about the design of the candler blog. I have re-designed the site every year since it launched in 2009. Let’s look back. 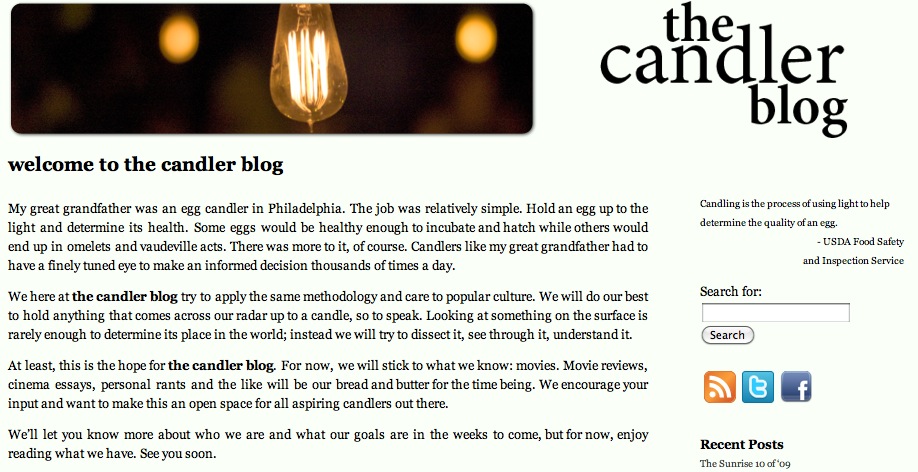 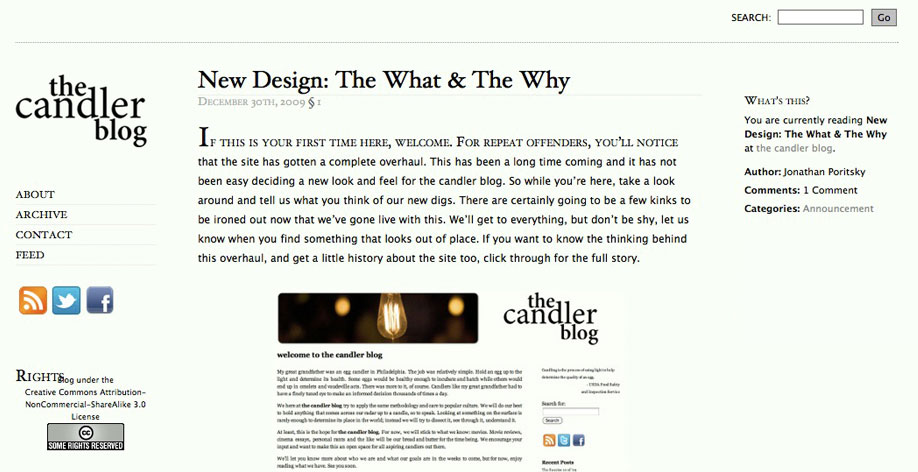 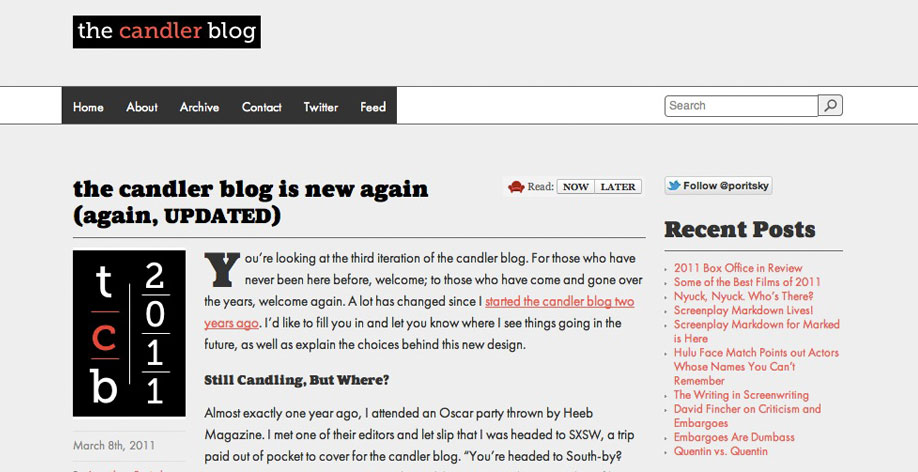 Perhaps you’ve noticed things look radically different around here. That’s because I’ve done more than just redesign the site this time around, I’ve switched blogging platforms completely. The candler blog has been on Wordpress since it launched, but that’s changing today.

I’ve decided to go with the somewhat nerdy Octopress, a framework built on top of Jekyll. Those probably aren’t household names yet. I was taken with its beautiful stock theme and its powerful templating engine. This is cutting edge stuff and, well, I want to be a part of it.

But I don’t want to get too much into what’s going on under the hood here (yet). What struck me about the look of Octopress’s main theme was not only how big and readable it is, but how responsive it is. I’d been looking to build a new design on Wordpress that would allow users to load the site on an iPad or mobile phone, automatically reformatting it to look better. It was taking me too long to find exactly what I wanted for the look of the site on wordpress and I kept coming back to Octopress’s design.

So I jumped ship. Here it is, your candler blog from 2012 onward (or until I get twitchy again).

A few things. Since this is a big change I anticipate a lot of problems transitioning the entire site. I already know for a fact that many of the posts are ill-formatted, have dead links or are missing images. Bear with me as I work to fix them. If you see something that’s broken and would like to give a hand, you can contact me directly or use the “Report Problems” form in the sidebar.

I launched the new design knowing it would be rocky, but I had to do it sometime. I haven’t written in almost two weeks, during which time I’ve been prepping this launch (and learning that the command line can be my friend) and I wanted to just get it out there and share it with you.

And that’s about it. Thanks for reading. Come back soon. 2012 is going to be an exciting year for the candler blog.